All You Need to Know About Federal Prison vs. State Prison in Florida

The criminal justice system in the United States can be intimidating. This is especially true for individuals newly convicted and possibly facing incarceration.

In Miami, you will often be put in jail as you go through your trial. After that, you will be exposed to either the federal or state prison based on several factors. The key differences between the two include:

If proven that you committed a federal crime or violated federal laws, you will be incarcerated within the federal prison. The crimes include those committed across state borders and against federal government officials, institutions, or agents. Additionally, if you were involved in white-collar crimes, including racketeering, fraud, and money laundering, you stand to serve time within a federal prison.

On the other hand, if you are accused of violating state laws, you will be required to serve your time within state prisons. The type of crime that should land you in state prison is committed within a single state and overseen by the state police. Specifically, if you committed murder, rape, or a gun-related crime, you will end up in state prison.

Note that in the event that you will be going through the federal criminal trial, representatives from the different federal agencies, including the FBI or DEA, will be called upon to testify on behalf of the federal government.

Federal prison systems are overseen by the Federal Bureau of Prisons which is under the federal law enforcement agency within the justice department. On the other hand, state authorities manage state prisons, overseeing enforcement and the proper running of these institutions.

As the federal government runs federal prisons, they will often have bigger budgets. In hindsight, this means that said prisons will have better facilities, services, and programs.

Conversely, state prisons are run by taxes collected within the state. These institutions will often suffer from poor management, thus having inadequate rehabilitation programs for the individuals incarcerated.

You will often find federal prisons with air-conditions, good quality medical and dental care, educational programs, and a relatively good diet. On the other hand, when you are incarcerated within the state prison system, you will rarely have the opportunity to get an education or have a work program. Finally, while you might get some quality recreation time within the federal prison system, the same cannot be said for the state prisons.

While both federal and state prisons are surrounded by high walls, barbed wire, and heavily armed guards, federal prisons have relatively high-security levels than state facilities. This is likely due to the difference in budgetary allocation between the two facilities and the idea that the federal government officials run federal prisons.

Before sentencing, you should be aware that federal prison sentences generally attract longer jail time as compared to state prison sentences. Note that most federal charges will often have predetermined mandatory minimum sentences. Still, your lawyer should make sure that the jail time you get does not exceed the state-mandated penalties for the crime in question. 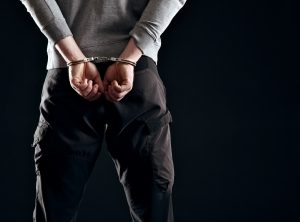 The perception that federal prisons are relatively safer than state prisons is informed by the idea that state prisons will often have more violent offenders within their population.

Numbers from the justice department point to state prisons having a higher number of inmates than the federal prison system. This is likely due to the disparities between the number of federal and state crimes, whereby more individuals are found to be in contravention of state laws than federal laws.

Notably, while the federal and state prisons receive their funding from different entities, both these correction facilities are funded by taxpayers. Their core function is the rehabilitation of offenders who have committed the different crimes discussed above. As such, you will notice that they offer similar services, including counseling and drug rehabilitation, all aimed at improving the inmate’s quality of life. In line with ensuring that everyone within the prison system stays safe, these facilities have different custody levels that are pretty similar between the federal and state prisons. Specifically, both these institutions will have violent offenders within a maximum-security cell setup while the non-violent inmates will be put in the minimum security cells.

Overall, state correctional facilities are run and financed by the state in which they are located. On the other hand, the federal correctional facilities are operated by the Federal Bureau of Prisons and will often house inmates who have been found to break federal law. Further, as discussed, federal prisons are run better as they will likely have a higher budget allocation than state prisons. Consequently, the management at federal prisons will often be better, whereby prisoners are treated better than those incarcerated within state prison facilities.

At Meltzer & Bell, P.A., we have aggressive criminal trial lawyers who find every possible option for your representation. We walk with you from the moment you are arrested, charged, and throughout the trial period. We are committed to seeing you get the best possible outcome for your case and that in case of incarceration, you find a suitable facility where you can successfully serve your sentence. We are open to hearing about your case. Reach out today and get a free case evaluation.