Being arrested for drunk driving or driving under the influence of drugs can carry severe consequences in Florida. With a dedicated Miami DUI lawyer, you can navigate the legal landscape to make the appropriate legal decisions and craft a defense that will give you the best chance of avoiding a conviction and punishment.

Legal Definition of a DUI in Florida

The legal definition of a DUI in Florida and Miami can be found in Section 316.193 of the Florida Statutes.

According to the law, one can be charged and convicted of a DUI if the following three claims can be established without a reasonable doubt

These laws also apply if one is driving under the influence of substances other than alcohol or a combination of both alcohol and drugs.

It is essential to realize that one does not have to be driving a car for these criteria to apply.

One merely needs to be in physical control of the vehicle, regardless of whether it is actually in motion or not. This means you can be charged and convicted of a DUI if you are drunk and sleeping in the driver’s seat with the keys nearby or in the ignition.

Other relevant factors that could contribute to being charged with a DUI include whether the vehicle was parked, whether the car was drivable, the defendant’s position in the vehicle (e.g., in the driver’s seat, passenger seat, or back seat), whether the engine was one, and more.

If you were not driving a car but are being charged with a DUI, you can work with a Miami DUI lawyer to prove that you were not in physical control of the vehicle at the time of your arrest.

The definition of a DUI in Florida includes imbibing alcohol and/or drugs to the point where your normal faculties are impaired.

In addition to DUI legislation, Florida has open container laws that prevent you from operating a motor vehicle when there is an opened alcoholic beverage in the car, even if you have not been drinking.

Your BAC is below the legal limit. Working with an attorney can help you understand the intricacies of these kinds of laws if you are charged with a non-criminal moving violation.

Consequences of a DUI Conviction 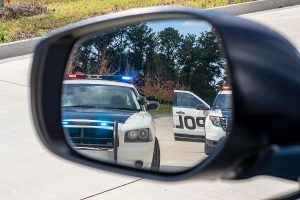 In Florida and its accompanying cities such as Miami, a DUI is classified as a misdemeanor charge.

However, even this misdemeanor charge can carry harsh and severe consequences. Being convicted of a DUI can wreak havoc on your daily life.

A DUI conviction can prevent you from driving, affect employment chances, cost you thousands in fines, and in some cases, net you a prison sentence.

These consequences can significantly affect your social, professional, and personal life. This is why it is essential to hire a qualified Miami attorney if you are arrested for a DUI.

DUI charges can also be divided into first-time, second-time, and further offenses, each of which carries a different set of possible punishments and punitive actions.

If you are convicted of a first-time DUI in Florida, you could face any of the following punishments, including combinations of penalties.

If you are convicted of another DUI within five years then that DUI will count as a second-time offense. Second-offense DUIs still count as misdemeanors but can carry harsher punishments such as up to a year of jail time, license suspension, mandatory substance abuse courses, and more.

If a person is charged and convicted of a third DUI offense within ten years of receiving the first and second, this charge will count as a felony.

You can also be charged with a felony DUI if you are a first or second offender and someone was seriously injured or killed due to you driving under the influence. A felony DUI conviction can be met with up to 5 years in prison, fines up to $5,000.

There is also an essential further classification of DUI convictions known as DUI manslaughter. A DUI manslaughter is a second-degree felony and can be met with up to 16 years in prison and up to a $10,000 fine.

Causing a DUI manslaughter and leaving the accident scene can be classified as a first-degree felony and can be met with up to 30 years in prison and fines up to but not exceeding $10,000.

According to the Florida Department of Highway Safety and Motor Vehicles (DHSMV), there are over 1,000 arrests for DUIs each week. Only about 5% of the cases are dismissed, and approximately 63% of cases result in a conviction.

In 2014 alone, nearly 5,000 people were arrested for DUIs in Miami-Dade county. 29% of those cases were dismissed, 20% resulted in a conviction, and disposition was pending in 14% of those cases.

Overall, Florida ranks third in the number of deaths related to DUIs, according to the National Highway Transportation Association, behind Texas and California.

There were 636 DUI-related deaths in Florida in 2013, which amounts to one DUI-caused earth every 13 hours.

Boating Under the Influence

Given that boating is a popular pastime in Miami and Florida in general, it should be no surprise that there are also laws defining and setting punishments for boating while under the influence (BUI).

BUIs are defined in Section 327.35 of the Florida Statutes. Similar to a DUI, you can be charged and convicted of a BUI if you are found to have operated a marine vessel while under the influence of alcohol and/or drugs.

A first-time DUI conviction can result in up to 6 months of prison time and fines totaling up to but not exceeding $1,000. Any further BUI’s can be met with increasingly harsher penalties.

In Florida, DUI convictions rest on what is known as “implied consent” laws. According to Florida Statute 316.1932, whenever a person is willing to operate a motor vehicle or marine vessel, they are judged as having given tacit consent to a chemical test to determine their sobriety.

If you are determined to be operating a vehicle or vessel while above the legal BAC limit, you will be issued a citation known as a “Notice of Suspension.”

The notice is intended to indicate to the Division of Highway of Safety and Motor Vehicles will suspend your driver’s license for 6 months if your BAC is measured to be greater than .08 at the time of your arrest or, if you refuse to submit to a chemical test to determine your sobriety, for 12 months.

To be absolutely clear, being administered a notice or having your license suspended for refusing to submit to a test are not criminal charges.

A license suspension from refusing to submit to a BAC test is a civil charge, not a criminal charge. They are applied administratively by the DHSMV. Receive one of these notices and fail to act within ten days after receiving the information.

You will be unable to work and your license will automatically be suspended. Thus, you must retain the services of a professional law firm on retainer to fight these strictures and retain your rights within ten days of receiving notice.

Can I Be Arrested for a DUI While On Vacation?

Miami is a popular vacation destination for many people. Situations can get out of hand, though, and you can get arrested for a DUI. What makes matters worse is that you need to return to your home town eventually for work.

In some cases, with a misdemeanor DUI, you can resolve the issue without having to show up for court in Florida. However, you may have to take a trip back to Miami to meet your court date in some cases.

If you are arrested for a DUI while on vacation, you must contact an experienced Miami DUI attorney to help you figure out your options and build a defense case.

How Can a Miami DUI Lawyer Help You?

Being arrested, convicted, and charged for a DUI can have severe negative impacts on your life, some of which can last for a long time.

That is why it is crucial that you have a qualified Miami DUI lawyer on your side.

Even if you feel like it would be impossible to fight the charges and win in your specific case, a skilled attorney can help you navigate the legal landscape, protect your process rights, and ensure that your claim has the best outcome possible. Even if it was determined that your BAC was over .08, that does not immediately imply that you will be found guilty if your case goes to court.

A competent DUI attorney can help mitigate the punishment you receive or get you a lesser charge if you are not a first-time offender.

Here are a few strategies our law firm can pursue to help get your charges dismissed.

Being charged with a DUI is a stressful and frightening experience. Having an experienced attorney on your side can make the difference between having your charges mitigated/dropped or having to deal with a DUI conviction that will follow you around for the rest of your life.

In the United States, you have certain process rights enshrined in the law. An experienced DUI attorney can ensure that those rights are being honored and that you are not wrongfully charged.

Our professional team of attorneys has decades of experience working in the criminal defense sphere. Feel free to call us at [Phone Number] to schedule a consultation on your case so we can explore legal options.