In the state of Florida, a violent crime can have you convicted of a felony, and you could face years in state prison. You want to make sure you know your rights, and if someone has filed a felony complaint about you, it might be best to find a Violent Crime Attorney that can assist you with your case and give you expert advice.

Although crime has seen a slight decrease in the past few years in Florida, it is noteworthy to mention that Florida’s crime rates are higher than the national average, both for violent and property crime. If you or any of your family members have been affected by violent crime, withholding information from the police might be a crime. You do not want to incriminate yourself or let this violent person strike again without legal repercussions. Save yourself potential heartache and hire a professional attorney that can provide for you the best legal outcome of the case at hand.

If you are a repeat violent offender, you may have a greater chance of getting a lengthy sentence, and judges do not take probation violations lightly, especially since the introduction of the new Florida Anti-Murder Act in early 2007. No criminal case will be easy to mitigate. If you have someone to help you state your case in court, you may be able to negotiate better terms with the judge. If you do not have a violent crime lawyer to help you, you may be looking at a felony conviction that will stay on your record permanently.

A violent crime occurs when a perpetrator threatens or harms a victim with violence. You can be convicted of a felony and serve years to life for certain violent crime convictions in Florida. Violent crime includes any instance involving aggravated sexual assault, rape, robbery, aggravated assault, homicide, and murder.

You can also be charged with a violent crime if you are accused of kidnapping, exploiting kidnapped minors, or false imprisonment of a child. In certain cases, arson may be considered a violent act, and if you injure or harm others under the influence, you may be seeing a felony drug control infraction on your record for the rest of your life.
Let us now discuss the different types of violent crimes.

Actions That Are Considered as Violent Crime

Homicide: Homicide is defined as the unlawful killing of a human being in the Florida Statute Title XLVI Chapter 782.04 (1-2), which can be broken down into first-degree murder, second-degree murder, and three forms of manslaughter (by act, by procurement, or by culpable negligence). A third-degree murder conviction in the state of Florida such as homicide is punishable by a 15-year prison sentence, and/or a fine up to 10,000 dollars.

Robbery: Florida Statute Title XLVI Chapter 812.13(1) defines robbery as, “…the taking of money or other property which may be the subject of larceny from the person or custody of another, with intent to either permanently or temporarily deprive the person or owner of the money or other property.” The consequences of a convicted robbery in the state of Florida are punishable by a 15-year sentence and a 10,000 dollar fine if not armed with a weapon, and a 15,000 dollar fine, and a 30-year prison sentence if possessing a firearm.

Assault: Assault is defined by the Florida Statute Title XLVI Chapter 784.011 as the intentional and illegal threat of a violent act, or the carrying out a violent act. Assault can also mean having the physical ability to carry out a claimed threat and striking fear in the potential victim that he/she will be violently attacked at a certain point.

Kidnapping: According to the Florida Statute Title XLVI Chapter 787.01, kidnapping is the act of forcibly or threateningly abducting, imprisoning, or holding victims against their will. The perpetrator may have the intention of conducting a ransom for their hostage or physically harming or terrifying victims. If the kidnapped victim is above the age of 13, you may have to face a 30-year prison sentence and a fine of up to 15,000 dollars. If the victim is under the age of 13, you may be facing a fine of 15,000 dollars and a felony crime that is punishable by life in prison.

Child Abuse: Child abuse is defined by the Florida Statute Title XLVI Chapter 827.03 as the act of battering, torturing, maliciously punishing, caging, and/or intentionally harming a child, mentally or physically. There are many different outcomes in court if you are convicted of such willful negligence, and depending on the severity of the offense, you may be looking at some harsh penalties. Willingly abusing a child, or causing child neglect, even if not in a way that will cause the child harm can result in a five-year prison sentence, and a 5,000 dollar fine. Child neglect will give you a 15-year prison sentence, and a fine of up to 10,000 dollars. Aggravated child abuse can be punishable by up to 30 years, and a fine of 15,000 dollars.

Violent crime is usually divided into three separate levels of offense, first, second, and third-degree. A third-degree offense is largely less punishable than a first-degree offense, and there still may be serious penalties involved in committing a second-degree violent crime. First-degree cases are some of the harshest offenses on this list, such as kidnapping or aggravated robbery will result in a sentence that can exceed 30 years, and you may even have to face a life sentence for higher crimes and certain felony convictions. Felonies can be charged with fines up to 10,000 dollars, and life sentences can have a fine that is up to 15,000 dollars.

Second-degree offenses are much less harsh, and even though the 10,000-dollar fee is the same as a first-degree charge, you will most likely serve less jail time. The maximum jail sentence for a second-degree offense is 15 years in state prison.
Third-degree offenses are the least serious of convictions and are the least harsh when it comes to sentencing. If you are tried and convicted of a third-degree violent crime, you will have the max penalty of five years to serve in state prison and a fine of up to 5,000 dollars. Whatever degree of violent crime that you have been charged with, you want to make sure to find the right attorney who can make sure that you get the most out of your case and provide a better legal outcome for your situation.

Other Consequences to Consider from a Violent Crime Conviction

There are many ways in which a violent crime conviction can negatively impact your life. As you have seen above, committing a violent crime can land you in a world of debt and lengthy prison sentences, but there is a lot more at stake than just that. You may suffer from a restraining order, or be forced to attend certain programs to reintroduce you into society after committing such a crime. There are also legal expenses to research, and social consequences to consider.

Becoming a felony offender can negatively impact the rest of your life. You may not be able to obtain a firearm, you may lose certain professional licenses, and your credit score may decline. You want to be accurately represented in court so these stipulations will not affect you so harshly.

Every time you fill out a job application, you will have to announce your felony charge. Even if you get released early from your prison sentence, you may have to follow a strict parole schedule, and failure to attend certain meetings will result in other charges. Your friends and family may turn their backs on you when you need financial or legal help, and you may feel alone in facing these charges. This is why you need to research and find a professional attorney in Florida to assist you in your case and give you the best legal options possible.

The Four Types of Orders of Protection Against Violence

You want to watch out for the four orders of protection that may protect victims against interacting with the perpetrator of the crime, which may cause societal or personal issues. There are protections for a person who suffers from domestic violence, repeat acts, violent actions when dating, and sexual violence.

When a victim has been affected by one of the four acts described above, they may file for an order of protection colloquially known as a “restraining order.” You want to be best represented in court by an effective attorney to give you the best legal advice in combatting or mitigating a restraining order.

What can a Violent Crime Attorney Offer Me?

A licensed Florida attorney will be able to give you several legal strategies that may be able to lessen the penalties that you will face from the court of law. In certain controversial cases, you may even be able to drop the charges completely. Here are some other reasons to consider hiring a violent crime attorney in Florida:

You do not want to be caught on the wrong side of a violent crime court case, and if you do, you will want a professional attorney to help you in court. Here at Meltzer & Bell, P.A. we will be devoted to giving you the best outcome for your court case, and we will work day and night until your needs are addressed. Call us today at (754) 755-8554 to schedule a consultation. 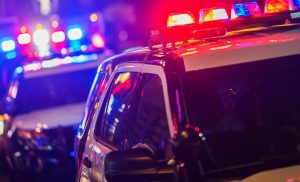