The convenience offered by the internet and the easy access you might have to someone else’s personal data might tempt you to commit credit card fraud. Granted, there might be innocent situations in which you might not be aware that your actions might attract criminal charges as it pertains to credit cards. These might include unknowingly receiving a stolen credit card, using a credit card that you found, or using someone’s credit card without their permission.

What Is Credit Card Fraud

Credit card fraud is any form of theft or fraud that involves a credit card. The 18 U.S. Code section 1029 classifies a credit card as an access device, in this case, a card with an electronic serial number that is utilized to gain access to an account for the money, services, or any other thing of value. On credit card fraud, you might have made a fraudulent purchase online using a credit or debit card, which is, in effect, in violation of the Commerce Clause of the United States Constitution.

In so doing, you commit a crime that falls under the federal prosecutors’ jurisdiction. You can be convicted under state law if the prosecutor in your case can prove that you fraudulently used any credit card. In Miami, you will be tried under the Florida Statute section 817.61 as the state considers it a theft crime that is charged as a first-degree misdemeanor or third-degree felony depending on the gravity of your actions.

There are different types of credit card fraud under federal law. These include:

Credit card application fraud is a crime that has continued to cost banks and other financial institutions billions of dollars. Additionally, countless hours and resources go towards chasing down the perpetrators of these crimes.

You might be charged with this offense in the event that you use stolen or fabricated personal identifiable information (PII) during your application. In this case, PII includes the date of birth, address, social security number, and name. Besides, if it is proven that you intended to exploit the financial systems in place to create a synthetic identity, you might be arrested and subsequently charged with fraudulent credit card activity.

You are charged with credit card account holder fraud when you call a bank or another institution pretending to be the owner of the credit card and request to have money transferred into your account. Additionally, you might be charged with this crime if, while pretending to be the true owner of the credit card, you report that the card was stolen and request for a replacement to be sent to your address.

You might be accused of skimming if you illegally lift a person’s code from the magnetic strip on their credit card or three of the four number security codes on the same. After that, you might have made small charges to the credit card and remained undetected by the card owner for a while. 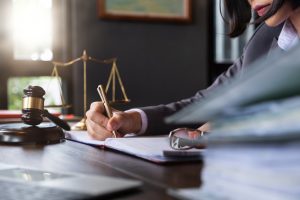 If it is proven that the credit card case you are involved in caused losses exceeding $50,000, federal authorities such as the Secret Service and the F.B.I. might be called upon to investigate the case. You will most likely face an indictment and stand to attract a 20-years jail time in federal prison. Besides, you might be imprisoned for much longer if the prosecutors and investigators in your case can prove aggravated identity theft. Notably, the crimes mentioned above are considered violations of U.S.C. 1029, attracting a fine of up to $250,000. Finally, you attract additional federal charges if it is proven that there was a conspiracy of two or more people to commit credit card fraud. As an alleged offender, you are subject to similar fines but only one-half of the maximum jail time.

When you are charged with credit card fraud in Miami, a lawyer should first review your case to determine the best strategy that will help you get the best possible outcome. Some of the most common defenses your credit card fraud lawyer in Miami might come up with include:

Lack of Intent to Defraud

If the prosecutor proves that you committed an unlawful act described in the U.S.C. 1029, but they are unable to prove that you had specific intent to defraud, you have a chance of avoiding conviction. A likely scenario is whereby you are presented with a credit or gift card as a present, but you were unaware that the card had been stolen. Your credit card fraud lawyer can prove that you did not act knowingly or willingly with the intention to defraud.

No Effect On Commerce

To be charged with credit card fraud, it must be proven that your actions were connected to commerce. Specifically, your actions must have some monetary implications on a financial institution, individual or business. Note that when you defraud a foreign business or one within a different state as your own, you are considered to have committed a federal crime and, as such, will be investigated and tried by federal agencies.

Reasonable Belief You Had Permission

Your credit card fraud lawyer in Miami might argue that there is a reasonable belief that you had the authorization to use the credit card. This defense usually applies in situations where it can be proven, for instance, that during an emergency, the primary owner of the credit card gave it to you to use.