If you, or a member of your family, have been accused of a sex offense in Florida, the time to get an experienced attorney is now. Florida takes sex crimes very seriously and will prosecute to the fullest extent, especially if a child is involved.

There are several types of sex crimes against children, such as child molestation or statutory rape. As our society has become more and more dependent on the internet to communicate with each other, almost any type of content can be found, legal or illegal. It’s easier to spread all sorts of ideas with the world just as it is easier for us to soak them up.

Child pornography, in particular, has exploded on the internet as more and more people have access to increased technology. It has become easier for anyone to see it, share it, and even make it.

So, what are the laws in Florida when it comes to the discovery of child pornography and the consequences that you could be facing, at both state and federal levels? What social stigmas and experiences will you be facing if found guilty of a child pornography charge? What are the best ways to defend yourself and your freedom if these charges are taken through the court system?

How Does Florida Define Child Pornography?

Florida defines child pornography in Chapter 827, section 3, in their official statutes as an intentional, even forced, sexual activity that causes a child psychological and/or physical harm. Prosecutors are aggressive with this subject and have, in the past, been overzealous when determining if an image is, in fact, sexual in nature.

You can be accused of posing, or molesting, children while taking provocative pictures. Once downloaded onto the internet, they can be shared with anyone from all over the world. Simply viewing them is considered a crime, especially if the images are not immediately reported to the proper authorities.

Any child pornography charge is considered felonious. If the prosecution can prove that someone intended to participate in such activities, but the attempt was futile, they can still prosecute any attempt as a felony. It is essential that you understand your charges and have someone by your side to fight with you and for you. 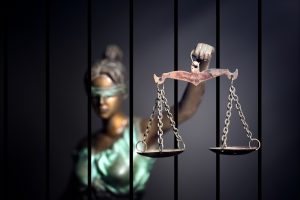 A person can be charged with production, distribution, or receiving/buying illegal material that promotes child sexual abuse. You could spend up to 20 years in prison and there is no cap on fines or civil suits that could follow. If you are found guilty in a federal court, you could spend up to 30 years.

The consequences that you may face will depend on the specific details of your case and what the prosecution can prove and what you can disprove. Prison time is usually on the table and Florida has a mandatory minimum and maximum sentencing procedure.  Even a simple possession charge can get you five years in prison, as it is a mandatory minimum sentence for most child pornography charges in the state.

Anyone found guilty of a sex crime in court must register as a sex offender within the state of Florida. There will be places forbidden to you, such as parks, schools, and public swimming pools. You may have to attend parenting classes if the victim was a relative and there will be court costs and fines to pay. If the child in the image can be identified, federal laws state that the child will be told each time someone is caught with their image, giving them a chance to sue, if they so choose.

Negative social consequences stem from such charges. You will lose friends and, perhaps, even relationships with members of your family if you are found guilty. You could lose custody of your children. In fact, you may be restricted from having anything to do with any child ever again. It will be extremely difficult to find a job and a place to live. And, unfortunately, many people will assume the worst, even if the charges are not proven in court.

The talent and experience of your defense can lessen your legal consequences.

Potential Defenses Of Your Charges

First, just because someone has viewed child pornography, this does not mean that they are, or will be, a child molester. Second, an image should not be considered pornography just because a child is not fully clothed in the picture. Such confusion has ruined the lives of many innocent people.

For example, parents who take images of their children playing in the bath have been interpreted in both ways by different judges. One judge may see the images as problematic while another judge may understand that the images weren’t sexual, but just pictures of the children playing. A person could be charged if they take a picture of the first time their child sat up in the bathtub, and with all the parental excitement, send that picture to their partner or family member just to show off the baby’s milestone. There may have been no intention to take, view, and share child pornography.

Can they prove that you were the actual one behind the camera or sitting at the computer? Did you receive an image you didn’t want from a friend and failed to report it? Are there any underlying issues that would cause such behavior?

Humans have a tendency to fall down rabbit holes occasionally, and sometimes we can’t find our way out. Many people who find themselves involved with viewing, sharing, or even making child pornography have underlying issues that cause these behaviors.

Give Meltzer & Bell A Call

Contact us at Meltzer & Bell, P.A. in Miami if you have been accused of such a crime. We have the experience you need, the compassion to support you and your needs, and the knowledge to give you the best defense available in Florida.

Meltzer & Bell understand the legal system and knows how to use it to their advantage. They can save you time and money while also lowering the consequences as much as possible. Give them a call at (305) 874-0279 to set up your free consultation. Let’s begin your defense now.