For many people with first-time offenses, it’s unclear what the law holds as a punishment. A misdemeanor is a criminal offense that is not as serious as a felony and punishable by less than one year in jail. If you are charged with a first time misdemeanor offense, it may be unclear what punishment you’ll receive and how to defend yourself. The first step is to contact a Miami criminal defense lawyer to advise you on your charges and defense.

What Is a Misdemeanor Offense In Miami?

Criminal offenses vary in nature and charges. There are both felonies and misdemeanors. Minor offenses are categorized as misdemeanors in Miami. Once you appear before the judge, they determine the appropriate punishment for the crime.

To pass judgment, the judges rely on several things:

As earlier mentioned, a misdemeanor is the least severe of criminal offenses. Examples of misdemeanors include:

What Charges Do You Face for a Minor Misdemeanor Charge in Miami?

Although misdemeanors are minor crimes, they can attract heavy penalties. There are two types of misdemeanors; the first is a minor misdemeanor, also known as a second-degree misdemeanor –

You can face jail time (less than one year) or pay fines up to $1,000. You may receive a charge of 90 days jail time in a city or county jail for simple misdemeanor charges. The judge can also impose jail time and a fine.

Generally, the judge orders a longer jail sentence and a heavy fine if you have a previous conviction. As a first time offender, the absence of a criminal history is beneficial in reducing your jail time or fine. However, your first conviction starts your criminal record.

What Charges Do You Face For a Gross Misdemeanor Charge in Miami?

The judge can impose the maximum jail time allowed for a gross misdemeanor which is 364 days, or a heavy fine of up to $5,000. The judge may also choose to impose jail time and a fine. Having a criminal record aggravates the penalties, but you may have a shorter sentence and lower fine if you have no criminal record.

Unfortunately, the law can also specify the minimum penalty for a charge. In such cases, the judge cannot impose a penalty lower than what is stated by the law. For example, a domestic violence charge carries a minimum penalty of five days in jail. Other penalties may include probation, community service, and mandatory therapy. A first time DUI offense conviction can attract imprisonment of up to 9 months or a fine of $1,000.

How Can You Defend Yourself From a First Time Misdemeanor Charge?

If you are charged with a first time misdemeanor offense in Miami, consult a criminal defense lawyer immediately. Early intervention is critical to investigate your case an prepare an exhaustive defense to avoid heavy penalties.

At Meltzer & Bell, we use your first time offense status to prepare a strong defense. We are also flexible in our defenses to ensure that you receive just sentence or penalty in the law courts. Early intervention should be your first step because the prosecution is already building their case against you. As such, it’s crucial to consult a criminal defense lawyer who can find the evidence to argue in your favor.

In pre-trial intervention, we divert the charge to enroll you for -trial diversion (PTD) programs. When you enroll in these programs, you waive the right to a speedy trial. Instead, you are required to go through classes such as:

The prosection decides if you can enroll in a PTD program and selects the program you should enroll in depending on your misdemeanor. You are expected to go through the classes and fulfill certain requirements. Six months after your program, the prosection then determines if they should dismiss your case. Generally, a PTD is better than jail time or a hefty fine.

Generally, first time misdemeanor offenders are eligible for the PTD programs in Miami if the victim of the crime agrees to the disposition and if you are charged with a minor misdemeanor. If you qualify for the program, you have to complete it and avoid getting into trouble six months after completion.  Failure to do so removes you from the program and puts your case back into a trial. 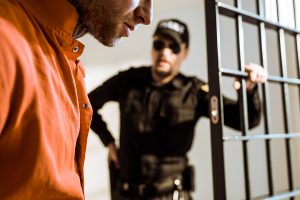 Can a Drug Crime Be a Misdemeanor in Miami?

Drug offenses are common in Florida, and as such, many people ask if drug possession is a misdemeanor or felony. Drug crimes can be misdemeanors or felonies, depending on the severity of the offense. For example, if you are arrested while in possession of marijuana, lower than 20 g, you may be charged with a misdemeanor. However, if you are caught in possession of more than 20g, you may be charged with a felony. The charge depends on the drugs, the amount, and intentions (manufacture, selling, or consumption).

If you are facing first time misdemeanor charges, chances are you are afraid. As a first time offender, Miami criminal courts and laws may be new to you. But, no matter your situation, you should place yourself in the able hands of Meltzer & Bell.

We have years of experience defending first time offenders. Our job is to prepare the most extensive defense for you. Contact us today for a free consulation for your first time misdemeanor charge.