Getting arrested and slapped with a first time offender felony drug charge in Florida can be a grim and grave experience. Drug crime is a grave matter in Miami so much that the most serious of the charges may land you a felony conviction and years in prison.

While it is not uncommon for suspects to talk themselves out of a drug arrest, once arrested, the best step you can take is to find a qualified and experienced Miami law firm to help you out. Miami Meltzer & Bell are an aggressive team of criminal defense lawyers in Miami you can rely on in such a situation. If you are charged as a first-time offender, the circumstances of the arrest will determine the severity of the charge and the severity of the case.

The laws against drug possession, sale, transportation, and use in Florida are severe, and even first-time offenders rarely ever get leniency. A competent Miami criminal defense lawyer would first focus on getting you off scot-free. Depending on your case, the lawyer will fight for the lowest possible charge and reduce your sentence or fine.

Getting arrested and charged for possessing illegal drugs is the least severe drug charge in Florida. However, it is still a grave offense and has far-reaching consequences.

If you are caught with any amount of illegal drugs, you can be charged for drug possession. The amount of drugs found on you should not exceed a level that is considered little enough ‘for personal use.’ Note, however, that the decision on which charge to levy on you will be largely determined by the arresting officer.

A seasoned Miami criminal defense lawyer may be able to convince the courts that the drugs found on you do not constitute ‘drug possession’ no matter what the police believe. This is on top of the reasons why you should talk to a lawyer at the earliest opportunity after your arrest.

Penalties for Drug Possession in Florida

In Miami and throughout Florida, the penalties for drug possession will largely depend on the type and amount of drugs you are found with and the efficiency of your defense. The prosecution will often go for the maximum sentence for the charge, but a good defense may even reduce the charge to a misdemeanor.

You can be charged with a first-degree misdemeanor or a third-degree felony if you are caught in possession of Marijuana. If you are caught with up to 20 grams of cannabis in Florida, you face up to a year in prison, a year of probation, and a $1,000 fine if you are found guilty. For 20 grams or more, you could be charged with a third-degree felony and could face up to five years in prison, five years in probation, and a $5,000 fine.

If you are convicted of possession of up to 28 grams of cocaine, 4 grams of Heroin, 14 grams of meth, 7 grams of Oxycodone, and 3 grams of any synthetic drug, you face up to five years in jail, five years of probation, and a $5,000 fine. You face a similar conviction if found in possession of any amount of Xanax without a prescription. 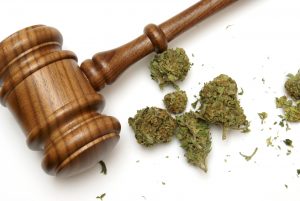 You may be charged with a more serious drug sales charge if you are caught in possession of a controlled substance with intent to manufacture, deliver, or sell. The severity of the charge will depend on the amount of drugs in your possession and the specific circumstances pertaining to your arrest.

A drug sales charge is often very tricky, particularly for first-time offenders, because the police do not even need to catch you in the act of selling the drugs. Merely possessing a certain amount of drugs in your body, car, or apartment is sufficient evidence to impose both drug possession and drug sales charges. It is crucial that you do not complicate such a case with careless utterances, as the police can use any statement you utter against you in a drug sale case.

Penalties for Drug Sale in Florida

Most drug sale charges in Florida are levied as second-degree felonies. Note that there are other penalties for being convicted of selling a controlled substance, including limitations on housing, employment, and educational opportunities and even the loss of your driving license.

Drug trafficking is the most severe drug-related crime in Florida. Depending on the amount of drugs found in your possession. Drug trafficking is defined as the intent to purchase, sell, possess, transport, or deliver a controlled substance. There is a ‘trafficking limit’ that guides the law on what is considered drug sale and drug trafficking.

Without a good defense, the prosecution can go for the maximum mandatory prison sentence for the accused. If you are convicted of trafficking in Miami, you face up to $750,000 in fines and/or 30 years in jail.

A drug trafficking conviction in Florida comes with ‘Mandatory Minimums’ penalties. Since drug trafficking is a severe charge, if you are convicted, you will not get credit for time served and will not be eligible for parole for any reason, including ‘good behavior.’ Therefore, as a first time offender felony drug charge, if you cannot get off free, your defense should focus on reducing the charge to drug sale or drug possession, then help you get the minimum sentences for those charges.

Are you in legal trouble because you were arrested in possession of drugs in Florida? Whatever the charge, you deserve a solid and aggressive legal defense with experience in handling drug charges in Florida.

Meltzer & Bell is a team of criminal lawyers with a track record of handling the most challenging drug charges. While they consider every possible option to get you off free or with minimum penalties, each case is unique and requires a different approach. Contact Meltzer & Bell today and talk to a seasoned lawyer about your case today.