A criminal charge is not a pleasant experience. A sex crime is just as bad. The state of Florida takes sexual offenses seriously, and they can attract severe penalties. If you are not familiar with the Florida state sexual offenses laws, you may wonder what would happen following a sexual offense charge. You would wonder what consequences await you, whether you’ll be incarcerated or slapped with a hefty fine. You may even wonder about your future after the charge, whether you’ll keep your job or continue going to school. All this is normal. However, learning about the different sex crimes under Florida state laws prepares you on what to expect if you are charged with one. It will help you reach out to a reliable sex crime attorney who’ll help you navigate the complex legal system to obtain a favorable penalty.  There are two types of sexual offenses under Florida laws called sexual assault and sexual battery. Let us explore these two offenses.

What Is Sexual Assault?

Sexual assault is another form of forceful and violent sexual conduct which includes using sexual or other body organs as well as foreign objects to make sexual contact with the victim. This happens when the victim objects to such unwanted contact, but you force them to do it.

Sexual assault is considered a felony under Florida state laws and is not dependent on whether or not you actually committed the act. The very attempt to do it is a criminal offense that attracts a lesser charge of 15 years in prison if it was classified as a second-degree felony charge. The highest charge for sexual assault is a capital felony which attracts a lifetime prison sentence and over $15,000 in fine. Factors that determine a sexual assault charge include:

What Is Sexual Battery?

Under Florida state laws, sexual battery defines a forceful and sometimes violent sexual conduct with a non-consenting individual. In Florida, sexual battery is classified as rape. The charges for sexual battery applies if the victim was mentally incapacitated or under the influence of a substance that rendered them incapable of giving consent.

Charges for sexual battery depend on the circumstances surrounding the alleged crime. Age is an essential factor in determining penalties for a sexual offender. For example, if the victim was 12 years and below and the offender was of legal age, you could be convicted for up to 40 years in prison or more if you caused irreversible damage to the victim’s sexual anatomy. This offiense is classified as a capital felony and may even attract a lifetime sentence. However, you must serve a minimum of 25 years before you can be considered for parole. If you used a deadly weapon to threaten the victim, you could get a minimum sentence of 40 years plus hefty fines.

On the other hand, if the victim was above 12, and you’re older than 18, the offense is classified as a third-degree felony. This happens when you use controlling substances such as drugs to incapacitate the victim. The charge attracts a minimum of 30 years plus hefty fines. Using drugs or deadly weapons to harm or threaten the victim when committing sexual battery can also be classified as an aggravated sexual battery  which is more severe and comes with even serious penalties. 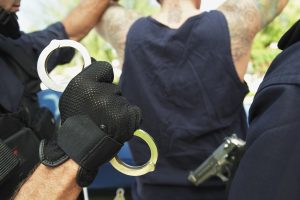 There are several legal defenses that your attorney can employ to beat a sexual assault or sexual battery charge in Florida. They include:

Finally, if you sexually assaulted or battered an underage or mentally incapacitated individual, defending the charges would be impossible.

So Is Sexual Assault And Sexual Battery Charges The Same In Florida?

Sexual assault is the crime of forcefully compelling individuals to submit or engage in sexual conduct against their will. Usually, threats are used to force the victim to give in. It may also be accompanied by forceful kissing, inappropriate touching, torture, and even forceful penetration. Sexual Assault attracts fines, prison sentences of not less than 20 years, and mandatory rehabilitation.

Sexual battery is defined by Florida § 794.011 as engaging in forceful sexual intercourse  with the victim. It carries harsher penalties and longer prison sentences and fines as it is defined as rape. Sexual battery includes date rape, child sexual abuse, and capital sexual battery.

A sexual assault or sexual battery charge will stay on your record for a long time. Even worse are felony charges which can not be removed or deleted from your criminal records. However, if you enlist the services of a brilliant sex crime attorney who will contest the charges, you may escape without a criminal record. Therefore, you must enlist the legal assistance of a reputable West Palm Beach attorney who has handled similar cases to improve your chances of not having the charges listed on your record.

Reach Out To Meltzer & Bell

A sexual offense charge can alter your life, reputation, and future prospects. Working with a qualified West Palm Beach sex crime attorney is your best chance at obtaining a lesser penalty and a possible expungement of your criminal records. If you’re facing a sexual offense charge, don’t hesitate, contact Meltzer & Bell for professional legal assistance. Our experience dates back to several years of representing sexual offenders and helping them obtain favorable penalties that would enable them to move on with their lives. If you’re ready to receive our help, fill our contact form or call us on (305)874-0279. We are reachable any time of the day and ready to hear from you.