In Florida, a burglary charge follows an attempt to commit a crime by breaking or entering a vehicle, residential building, or structure. It is a crime of deliberately trespassing into someone’s property to commit petty theft or murder. A burglary offense can get you locked away in prison for many years and can take away your civil rights and freedom.

Florida state law defines burglary or breaking and entering as the illegal entry into a property or structure with the deliberate intent to commit a felony. This law applies to any property, be it public, private, commercial, or residential, and if you were not invited or authorized to enter it. Circumstances for each case are different and unique, and there are possible legal defenses that may be applied in your case to lessen the charges, for example, misdemeanor trespassing.

The Definition Of Burglary In Florida

Burglary, as we have seen, is the unlawful entry into a property, structure, or conveyance with the intent to commit theft or some other crime. This offense is usually different from trespassing in that the offender had good intent to commit an unlawful act. Burglary can still be an offense even if you were invited to the said property and whether or not you committed the crime when the owner was on-site or not. This law is explained in the Florida Statutes Annotated §810.02 thus:

The third-degree felony charge for burglary includes burglary of a structure and conveyance. These charges also include smash and grab burglaries involving automobiles where one breaks a car window to steal something of value.  The structure or conveyance must not have any other occupants, and no assault or battery may have occurred at the time of the alleged offense for you to be charged with a third-degree felony.

For you to be charged with a second-degree felony for burglary, you must not have assaulted or bartered another person when the alleged offense occurred. You also entered a structure, dwelling, or conveyance unlawfully and with the full intent to commit a crime. The dwelling structure or vehicle may or may not have occupants when you entered and remained therein. However, breaking into a place where people sleep to commit a criminal activity is considered the most severe offense within the second-degree felony category. The charge can be even harsher if drugs and controlled substances are involved.

The first-degree felony for burglary is the most serious and one that carries harsher consequences. This charge typically attracts only one sentence: a lifetime sentence in prison. This charge entails entering a dwelling, structure, or conveyance with or without permission while armed with a deadly weapon and with the full intent to commit a crime. This offense and potential penalties are explained in the  Florida Statutes Annotated §810.02. Also, you don’t need to flash the dangerous weapon to intimidate or threaten the dwelling structure or conveyance occupants to be charged with the offense. The law and the charges apply as long as you had the said weapon and intended to inflict harm to those occupants.

The penalties for the second-degree felony typically carry a 15-year prison sentence and a fine of up to $10,000. The worst form of burglary involves the use of a firearm, a deadly weapon, or one in which assault and battery occurred. This offense often comes with a single penalty which is a lifetime conviction. However, all charges result in the loss of civil rights, such as the right to vote in elections, the right to own a firearm, and the right to be a jury. It can also affect your ability to access financial support from public or private programs. All these are the consequences of a criminal record. 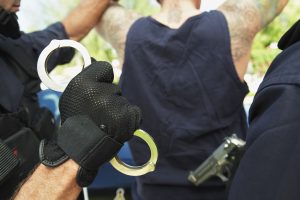 For you to be pronounced guilty of the offense of burglary, the prosecuting attorney must prove that you entered the said property unlawfully, and it is not a case of mistaken identity. As such, your  Miami burglary lawyer will need to present an alibi as well as theft crime defense to counter the charge. Again, burglary cannot be committed within a public property during hours of operation. So if that was the case, the case could be reduced to petty or grand theft and not necessarily burglary. Otherwise, if the property owner or owners allowed the defendant to access the property when the alleged offense was committed, the charge could be dismissed. Unless the permission was withdrawn and the offender concealed themselves within the property to commit the offense. In this case, the charges remain. While it’s difficult to prove if the defendant intended to commit a crime, the prosecution may use circumstantial evidence such as witness testimony, videos, and suspicious behavior to validate the charge. Your Miami burglary lawyer will use every legal avenue to cast sufficient doubt about the allegations.

Regardless of the circumstances surrounding your case, the charges for a burglary offense can be severe. You can only make limited courtroom appearances before the court hands you a conviction. And you don’t want to appeal on weak grounds due to a lack of information on the laws surrounding the offense. Thankfully, you can work with a reliable burglary lawyer in Miami who understands the complexities of the Florida justice system.

At Melzer & Bell P.A, we help you understand the procedure involved in the case, legal defenses, and overall legal representations to help you walk out with a lesser charge or obtain a dismissal. With the experience of more than 20 years, our expert attorneys Steven Bell and Lawrence Meltzer, are more than prepared to handle your case the moment you reach out to us for a free consultation. Call Meltzer & Bell, P.A. today at (561) 557-8686 to schedule an evaluation of your case with our expert criminal defense attorneys. Our services are available to clients located in Miami and all the surrounding areas of Southeast Florida.