If you are convicted of a crime but show no signs of repeating the same mistake, the judge may put you on probation instead of rehabilitating you in prison. Being on probation after serving a short sentence is a tremendous break for anyone who has been convicted of committing a crime. Nevertheless, you need to guard this freedom break and walk straight and narrow to avoid any happenings that could jeopardize your probation. Unfortunately, addiction is a disease that could lead to irrational decisions, prompting the brain to crave drugs while still on probation.

If you find yourself in this trap, the consequences depend on myriad factors. First, if you reside in Florida, the judge may reinstate, modify or revoke your probation after violating its original terms and conditions.  In the best scenario, the probation officer will send a warning document in your file, especially if it was the first offense (reinstate the probation).  Still, you may have to attend a court hearing for your probation to be modified, which usually comes with more rigorous requirements and severe punishments. In the worst scenario, the judge may revoke the probation, and it implies you have to resume with your jail sentence unless you appeal and ascertain the drug test was wrong.

Once on probation, one needs to refrain from any drug use as part of the court ruling requirements. As part of the conditions, upon every meeting with the probation officer, one should undergo drug tests. At times, the testing could be random. Typically, the test checks for illicit substances like:

Testing positive for “wrong” prescription drugs that one is not entitled to use like painkillers could lead to penalties for a failed drug test.

The consequences of Probation Violation

In the worst scenario, you may end up in jail just if you fail to attend the rehabilitation program. 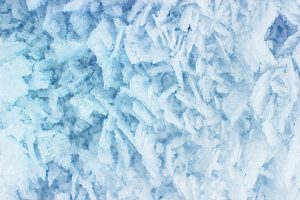 Even amid the problems related to failing a drug test while on probation in Florida, you can still make a way out and avoid dealing with severe penalties that arise from this charge.  A probation violation is a serious matter, so the judge will be unrelenting to punish you for violating the trust they had initially offered you. At this point, the backing of a knowledgeable and experienced defense attorney will help place a strong defense for your case to keep you out of jail.

Why you need a Lawyer when facing Probation Violation

First, having a legal representative with in-depth knowledge prepares the probation violation hearing. The lawyer may lessen the severity of the violation by questioning or confessing the claims with an explanation that justifies the issue’s judgment.  In the best scenario, the lawyer may halt the annulment of the probation period.

The lawyer offers conclusive standpoints as to why the judge should alleviate the violation’s damage at hand.  If the lawyer offers conclusive reasons, the judge may approve the extension of the probation period. Usually, it is difficult for the violator to clarify or even repudiate claims for a probation violation to the judge without a clear understanding of how to defend, bargain, or confess claims following the legally acceptable standards. Through a lawyer, it becomes easy to explain the reasons for violation as they provide strong arguments that mitigate the violation consequences. Therefore, hiring a lawyer is economical in terms of time and money and will bring satisfactory results.

During The Probation Violation Hearing

While in the courtroom, the learning curve for a probation violation hearing is complex; one may not understand the court proceedings without the support of an experienced defense attorney. Therefore, the judge may quickly rule out the bold move of penalizing the violator easily. Without legal representation, one may not give viable reasons for failing a drug test on probation due to lack of expertise and bargaining power. Therefore, the victim may face severe consequences like additional terms and conditions, conviction, more money, or even the complete loss of the probation offer.

It is for such reasons that one should have an attorney during the hearing.  During the process, the victim can present evidence and request witnesses to object to the prosecution’s allegations. The judge hears and weighs the severity of the violation, relating to any prior similar violations. If the judge finds one guilty of breaching the probation terms, it will attract newer penalties after the hearing.

Whenever you find yourself a  victim of failing a drug test on probation and had to appear in court, or you know of someone under arrest for suspicion of criminal offenses like drug charges, traffic offenses, your help is a call away. Get immediate assistance in Miami from experienced defense attorneys.

Do not hesitate to contact Meltzer & Bell, PA, for a free case evaluation.