What to Do if I’m Being Charged With a Sex Crime in Miami?

Sex crimes are one of the most rigorously prosecuted criminal activities in Miami. Without aggressive legal representation, being charged with a sex crime can result in a lengthy jail time. Besides, even with a lenient conviction, going through a sexual offense lawsuit has permanent negative implications on your life. In addition to social restrictions and challenges finding work, you may experience a lifetime backlash from the community.

In this article, we seek to answer your question – what to do if I’m being charged with a sex crime in Miami? By the end of the article, we hope you’ll have a clear perspective of sex crime lawsuits and what to do to guarantee yourself or your loved one a fair trial or even freedom.

There are different types of sex crimes in Miami, and each has unique implications. If you are facing charges, they may fall under the following classifications:

Sexual battery – Sexual battery involves coercing someone or incapacitating them to engage in sexual relations with them against their will or knowledge. An offender may be charged with aggravated battery if they use or threaten to use a weapon to coerce the victim to submit. In other cases, the victim may have been drugged, thereby being rendered incapable of resisting. Or it could be someone in authority threatens to take action against them if they fail to comply.

Prostitution – Prostitution – having sexual relations with someone (adult or minor) in exchange for payment – is considered a sex crime in Miami.

How Is the Legal Process of Sex Crime in Miami?

Once a victim or their loved one reports a sexual violation, the investigation begins. Sometimes, you may fail to realize you’re being investigated. For example, the law enforcers may request permission to tap into your phone to monitor your conversations. In a case where you’re being accused of child-related sexual misconduct, they may conduct a sting operation to trap you.

But generally, you should expect the officers to contact you at some point for an interview. During the interview, the officers seek incriminating information to use against you. Hence, we always advise that you demand your attorney’s presence before carrying on with an interview to protect your rights. It’s paramount to refrain from giving information in the absence of your attorney, however vindicative you think it is, as what you say can be used against you during the trial.

Once the prosecution files the case in court, the first step involves arraignment. This is usually the first court appearance, where the judge reads you the charges and asks you to enter a plea – guilty or not guilty.

Depending on the magnitude of the crime you’re being accused of, you may be awarded a bond on certain set conditions. Then the prosecution and your attorney will prepare further by gathering evidence and information to counter or support your plea. Finally, your attorney may engage the prosecution in negotiations to lessen the penalties once the trial commences.

What Are the Possible Penalties in Sex Crimes?

Sex crimes prosecution in Miami seeks to deter future offenders; hence the penalties are pretty harsh. This can be many years behind bars in addition to hefty fines and strict requirements. But generally, the penalties depend on the type of sexual offense, the victim’s age, your criminal record, and the defense put forth. The crimes are punishable as a third, second, or first-degree felony, with sentences ranging from months to life and sometimes capital sentences.

For instance, rape and child pornography can attract between 15 and 30 years of jail time and fines up to $10,000. If the sexual offense occurred under aggravated circumstances, such as coercing the victim using a dangerous weapon, the penalty could be a life sentence. Sexual crimes involving minors, especially those aged less than 12 years, carry the harshest punishment. These are often regarded as capital felonies and may lead to a death sentence.

Prostitution also carries equally harsh penalties, especially if minors are involved. This can be up to 15 years of jail time plus fines. However, prostitution involving adults has lenient punishment, usually 60 days for a first-time crime and up to a year for the second offense.

What to Do If I’m Being Charged With a Sex Crime in Miami? 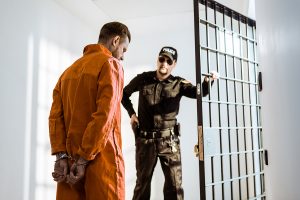 As we began by saying, once you have a sex crime charge, it’s vital to have a defense attorney to protect your rights and provide the best representation possible. An attorney experienced in representing persons accused of sex crimes will help you get a fair trial. Depending on the crime, the attorney can ride on several defenses to prove your innocence. Possible defenses may include:

False accusation – If you have been misidentified or coldly blamed, then your attorney can work to prove you were falsely accused.

Entrapment – If you were lured into the sexual act, then this is a possible defense.

Weak evidence – If the prosecution lacks enough evidence to proof beyond reasonable doubt that you committed the offense, then your attorney has some grounds to fight the accusations.

Consent – Sometimes you may be accused of a sexual offense, yet the person had consented. As long as the victim is an adult, you can table this defense.

Sex crime accusations are serious allegations that can potentially ruin your life. But once the charge has happened, nothing much can be changed other than fight to prove your innocence. If you are facing a sex crime lawsuit, contact us at Meltzer & Bell, P.A. for a free case evaluation. Then trust us to give you the best representation possible.