Why Is It Helpful To Have A Juvenile Defense Attorney?

The court of law upholds a sacred vow to treat everyone equally in its eyes. In practice, the court system set up by humans and is therefore flawed in certain ways. While everyone has guaranteed rights under the Constitution and under various local, state, and federal laws, these rules are not always perfectly followed. This is one of many reasons why it is so important to obtain a juvenile defense attorney in the event that you are charged with a crime and are facing the juvenile legal system.

Is A Lawyer Legally Required In Juvenile Cases?

All citizens of the United States have a Constitutional right to serve as their own attorney, even juveniles. Despite the existence of this privilege, it is not recommended that anyone use it in practice, particularly those who are not yet adults. The value of having an attorney in court is enormous, and the risks associated with acting as your own attorney are equally grand. Those who are unable to afford the cost of an attorney may be appointed one by the court free of charge. This is also required per the Constitution.

The upsides of having an attorney in a juvenile case are vast, and we will shortly get into them. The important takeaway here is that no one should be intimidated by the price tag of obtaining an attorney and allow that to drive them away from exercising their constitutional right to have one present.

Getting A Case Diverted

The ultimate negative outcome that one could face when charged with a crime would be to spend any amount of time in jail or prison for their offense. That is what many people worry about when they are first charged, but this outcome can be avoided with the help of a competent attorney. Nolo.com emphasizes the importance of getting an attorney in a juvenile case in particular:

It’s almost always helpful for minors to have lawyers in their juvenile cases. The attorney should normally be one who specializes in or is at least familiar with juvenile court procedures. Research indicates that effective assistance of counsel can greatly affect a case’s outcome.

They go on to say that a good juvenile court attorney can work on getting the case diverted from the court. This means that it is handled in a more informal manner that does not involve the juvenile having to go to jail or face any other legal repercussions from their actions. There may be certain limitations put upon the juvenile defendant in this case, but many are happy to avoid a lengthy court appearance and the risk of jail time. 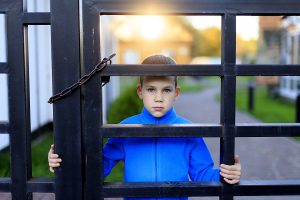 Protecting A Juvenile’s Legal Designation As A Juvenile

It is far superior to be tried as a juvenile than tried as an adult for any offense. There are extra provisions in the law that protect juveniles from some of the most oppressive penalties that an adult defendant in the same situation might face. The legal definition of a juvenile is someone under the age of 18 in most jurisdictions as well as at the federal level. That said, some prosecutors will attempt to try someone under the age of 18 as an adult in certain cases. They will attempt to get a special exemption from the court in the most severe cases in particular. That is why a good juvenile defense attorney is necessary to defend even the definition of one as a juvenile in the system.

The courts have made a variety of decisions about the ability of the state to try someone under the age of 18 as an adult. It typically boils down to a case-by-case basis. The only thing standing between someone and their right to be tried as a juvenile is their legal representative.

Seeking Compassion From The Court

It is established science that adolescent brains are not as developed as the brains of adults. There are many physical and neurological changes occurring in someone during their teen and pre-teen years that can influence how they behave and how they perceive risks. It can even influence how they answer questions from law enforcement. The American Bar Association highlighted an interesting study in which juvenile subjects surveyed were far more likely to say that admitting to a crime was the “right thing to do” when questioned by police than those who were just a bit older:

….Woolard highlighted how adolescent defendants may have less criminal culpability than their adult counterparts based on the latest neuroscience. The legal process is confusing no matter the age of the defendant. When polled, the percentage of people who thought admitting to a crime when questioned by the police was the right response decreased from nearly 60% at age range 11-13 to less than 20% at age range 18-24.

As you can see, that number falls off a cliff as subjects get older and have a better understanding of right and wrong and even how the legal system itself works. It might be reasonably deduced from this study that younger subjects are more likely to thin that the police never make errors and that it is in their best interests to agree with anything that the police say. Obviously, that is not the case.

A juvenile defense attorney can bring up all of this relevant research as well as other factors that might have led their client to be charged with the crime that they have been charged with. Such an attorney will also petition the court to show mercy and compassion on their client given their age and other factors. The court may consider some of the following factors as reasons to mitigate the penalties for a crime:

It is vital that the attorney bring up any and all of these relevant factors from this list and more that might smooth out any potential penalties that a juvenile defendant could face.

Every case that comes before a court of law has unique factors that must be carefully considered. The average layperson does not know how to navigate the complex system successfully. Juveniles in particular must be protected, and that is why any juvenile facing potential legal trouble should contact us for additional information and help.