Federal crimes are those that break federal laws and/or are tried by federal courts. But beware. If you have been charged with a federal crime, there is a risk that you could face double jeopardy. Being tried -legally- for the same crime twice… but in different courts.

In the US, we have a proud tradition of preventing what we call ‘Double Jeopardy’. And it has nothing to do with game shows. In the dictionary, jeopardy means to be put in danger or at risk. In the legal world, that jeopardy specifically refers to the risk of being convicted and the dangers of jail-time or punishment.

Double-Jeopardy is, therefore, then when one person is tried for the exact same crime twice with the risk of being convicted in either trial. Possibly leading to two convictions, or a conviction after already being cleared of the crime in a previous trial. This is strictly prohibited by the fifth amendment of the Constitution, our highest order of law. Freedom from double-jeopardy is one of our greatest rights, because it means someone proven innocent cannot be persecuted by the courts. However, there are a few strange circumstances where a person can legally be tried for the same crime twice in the American court system.

The Jurisdiction of Federal Crimes vs Local Crimes

The most important thing to understand is the difference between court jurisdictions. You may have heard this term in cop shows or movies. Jurisdiction basically means legal territory. For police, this is geographical. Cops constantly have to determine in which jurisdiction a crime occurred and which precinct is responsible for working a case. But when it comes to the difference between federal and non-federal crimes, the jurisdiction territory is based on which laws you’re charged with breaking.

A crime only becomes federal if a federal law is broken, state lines are crossed, or if the crime occurred on (or targeted at) federal property. Then it enters the federal jurisdiction and will be handled in federal courts instead of local courts. All other crimes, those not considered federal, stem from state and city laws and, therefore, are within the state’s jurisdiction. Because federal law tries to leave most details to states, most cases relate only to state laws. And in some cases, a crime will only relate to federal laws without violating state laws at the same time.

But what about if the crime your crime is illegal according to both federal and state law? Who has jurisdiction then, and which court will you be tried in? The answer should be simple, practical, and singular. Unfortunately, it’s not.

If you do something that breaks both state and federal laws, you have actually -officially- broken two laws. The federal law AND the state law. Because of the way our nation has separated national and state legal systems in order to keep states rights sacrosanct, this means that you’ve officially committed two separate crimes. One according to federal law which subjects you to the federal court system, and one according to your state law which subjects you to the state court system. At the same time. Both courts can try you and both can add to your sentencing if convicted.

This is known as Concurrent Jurisdiction, which means that both jurisdictions are valid at the same time. But it can lead to something that our courts would usually never allow. For someone to be tried twice for the same crime.

Federal Crimes Can Result in Double-Jeopardy

Usually, when concurrent jurisdiction occurs, the two courts decide who has the most precedence and the other steps back. For many offenses, there’s no need to stack on sentencing or pursue a conviction if a case was legitimately dropped or won. But this act of courtesy (and court budgeting) is not guaranteed.

For any case where there is concurrent jurisdiction, the federal and state courts both make an individual choice to prosecute. And if they both choose to do so, you can face something few Americans even think is possible. Double Jeopardy. Whether you win or lose the first trial you sit through, you may then need to endure the ordeal a whole second time as another court gets a chance to pick apart your story, witnesses, evidence, and make a new case for why you should be in jail.

The “You First” Trial Approach 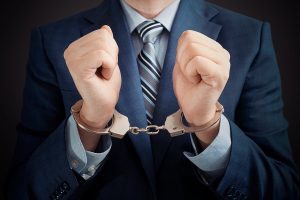 While both courts -can- choose to try you at the same time, there are some good reasons not to. Logistics, your ability to be in two places at once, and their prosecution strategy to name a few. When federal and state courts do both decide to prosecute someone for the same crime, it’s actually to their benefit to take turns, leading to the “You First” approach.

“You First” means that the most aggrieved court, or the one with the stronger case, will take the first turn to try you. They will do their best to get their desired sentence and your attorney will do their best to defend you. The next part depends on how the first trial ends. If you win the first trial and it seems like you’re about to escape the legal system, the second court — the one that waited their turn — will have their chance.

In this devastating event of double-jeopardy, the second case is almost guaranteed to be twice as hard as the first. Because the second court will have a chance to build on the first prosecution’s case. They’ll know all your witnesses and evidence, and the previous prosecution will likely be sharing their strategy, notes, and resources to aid in putting you behind bars even though you were already exonerated once.

From there, it can get worse. If you are convicted in the first trial, the second trial can still take place. The second court can still use all the materials and the arguments that defeated your first defense. Sentencing from the second trial can then stack onto the original penalties. It’s a cruel loophole that sometimes the court exploits when they are determined to exact maximum consequences.

How to Prepare for the Risk of Double Jeopardy

If you have been charged with a federal crime that also qualifies as a state crime, then both courts have a choice to make and your fate could hang in the balance. If they choose to double-jeopardy you, then a rock-solid defense is the only answer. There is no legal protection from this form of double-jeopardy because it is entirely legal. Just devastatingly unfair for those who are subjected to two trials, combinatorial prosecution strategies, and potentially two sentences for the same crime.

The best way to defend yourself is to start right now with a highly experienced criminal defense attorney who understands the risk of double-jeopardy. Work closely together to lay out the situation and build a defense. When the courts are gunning for your conviction, even if they have to try you twice, your best answer is an unbeatable defense. Because it may have to hold up twice in a row, with all your moves revealed the second time. For more about federal crime, double jeopardy, or what you should do next please contact us online.