The penalties for operating a motor vehicle while under the influence in Miami, Florida, are usually severe. You will be charged with DUI if you are arrested while driving with a blood alcohol concentration higher than the legal limit.

If the DUI leads to an accident that results in the death of a person, you may be charged with DUI manslaughter. This is a more severe charge whose conviction can be languishing for years in prison and thousands of dollars in fines. A DUI manslaughter conviction in Miami would also mean losing your driving license and a permanent mark on your record.

What Influences the Outcome of a DUI Manslaughter Case?

With the stakes so high, you would need the strongest and most aggressive DUI Manslaughter lawyer in Miami to put up a strong defense in your favor. In many such cases where emotions run high, the state’s attorney will most likely have a lot of experiencing prosecuting DUI cases. The family of the deceased may also be badgering them to punish you ‘to the maximum extent of the law’ regardless of the details of the case.

When you entrust your defense with our legal team, we will scrutinize the details of the case and strategize on how to build a strong defense. We have an impressive track record of helping our clients put up an intense fight against criminal charges and coming out with favorable results. With your freedom at stake, you need a proven team to help you explore all the legal channels to ensure your rights are protected and that you secure justice.

Definitions of DUI vs. DUI Manslaughter

Under Florida State law, driving under the influence is often classified as a misdemeanor charge. DUI is a serious problem in Florida and all over the country because it leads to thousands of avoidable road accidents every year. The consequences of being convicted of DUI are often sudden and harsh, as state prosecutors aim to deter repeat offenses.

In the worst of DUI crashes, fatalities may occur. If an intoxicated person gets into a vehicular accident and there are fatalities involved, they will be charged with the death of the victim and or an unborn baby.

While the driver may have been intoxicated, they did not intend for the accident that caused death to occur. Under Florida Statutes Annotated § 316.193, driving under the influence occurs when a person under the influence of alcohol or drugs to the point where their normal faculties are impaired are in actual physical control of a vehicle. The normal faculties, in this case, are the abilities to walk, hear, see, talk, balance, or perform daily life physical or mental actions.

How DUI is Determined in Miami

The Florida law enforcement can also use tests to determine the vehicle operator’s breath alcohol content (BAC). If the legal limit of 0.08 is exceeded, the driver will be considered to be driving under the influence. While a breathalyzer is popularly used to carry out BAC tests, it is often for convenience as blood and urine tests can also be used.

To prove beyond all doubt that you are guilty of DUI manslaughter, the state prosecutor must show that:

The implied consent laws in the Florida Statutes Annotated § 316.1932, when you accept the privilege to operate a vehicle, you are deemed to have given your implied consent to submit to a sobriety test. This means that you cannot refuse a sobriety test when demanded by a law enforcement officer after the accident. 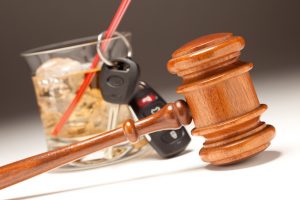 The Florida Criminal Punishment Code serves harsh punishments for a person convicted of causing death by driving under the influence. This is primarily because the law demands that ‘victim injury points’ are imposed on the case when a death occurs. On average, a person accused of DUI Manslaughter would be facing a minimum sentence of 10 to 12 years even before their record is scored or any other charges piled onto the scoresheet.

If you are convicted of DUI manslaughter in Miami, it will have dire consequences in your present and the well into the future. For instance, the conviction would be a second-degree felony, which carries a prison term of up to 15 years.

There are two categories of penalties imposed on an individual convicted of DUI manslaughter in Florida. The first is DUI manslaughter, and DUI manslaughter, and leaving the scene. The state law requires that a person involved in a fatal car accident remain at the accident scene and provide aid to the affected. If you caused an accident and left the scene, the consequences will be much stiffer – including being charged with a first-degree felony that attracts up to $10,000 in fines and up to 30 years in prison.

If you fail to hire the right attorney to put up a strong case in your defense or fail to provide aid or information about the accident, the charge may be elevated to a first-degree felony. Under the Florida State Laws, a felony in the second-degree conviction carries a prison term of up to 30 years.

No matter what happened before, during, or after the accident, you have the right to hire the best defense to argue your case. In many cases, your choice of a DUI manslaughter lawyer Miami will have a massive impact on the outcome of the case. Your chances of a fair conviction go higher when you choose a team of legal attorneys with special legal skills and experience with the Florida criminal justice system.

Our expertise at Meltzer & Bell would be invaluable in helping you evaluate your case and figure out the most effective defense tactics to ensure you receive a conviction that is in your favor. Since the facts of the case are most important, it is highly recommended that you speak to us at the earliest opportunity to increase your chances of getting a fair trial.

Take the Right Step in Your Defense Now

Have you, or someone you know, been arrested on suspicion of DUI manslaughter? If you need immediate assistance from a skilled team of experienced DUI attorneys in Miami, contact Meltzer & Bell, PA, now and get a free case evaluation.