A shoplifting charge might seem like a minor offense, but the truth of the matter is that such crimes are taken very seriously. Studies show that every year 2 million shoplifters get arrested and convicted. Every state has a specific penal code that applies to shoplifters. The penalties can be severe, especially if the merchandise has a higher dollar value or the offender has an existing criminal record.

Shoplifting refers to the unauthorized removal of merchandise from a retail store without paying and accounting for it. To shoplift, you have to intend to permanently deny the store of the merchandise, typically done by hiding the item in a pocket or bag and leaving without paying for it.

Although shoplifting is usually considered leaving the store successfully with an unpaid-for item, it’s not the only way to commit the crime. In some cases, you may get charged with a shoplifting crime if you showed:

Shoplifting usually falls under larceny. Every state has its larceny laws, with some prosecuting shoplifters under theft and others prosecuting under shoplifting. If the merchandise dollar value falls below a particular threshold, the crime will be charged as a petty or misdemeanor theft. As the item’s value increases, the severity of the charge on shoplifting also increases to the possibility of a felony.

In Miami, shoplifting is classified based on several factors, including the type of property stolen, the amount, and circumstances.

If the item’s value was less than $100, it is charged as a second-degree misdemeanor offense punishable by a maximum of 60 days in jail. The charge also carries a fine of up to $500.

If the value was less than $1000, it is classified as a first-degree misdemeanor and is punishable by up to 1 year in prison and carries a fine of up to $1000.

Grand Theft of The Third Degree

Grand Theft of The Second Degree

Grand Theft of The First Degree

Grand theft of the first degree is the most severe level of theft in Florida. If the merchandise was valued at more than $100,000, the penalty is a 30-year sentence and a fine of up to $10,000.

Shoplifting falls under the outlined penalties above, subject to some special provisions. For repeat offenders, the court will order the shoplifter to pay a fine of up to $1000 depending on their category or perform community service. Any person found in possession of, or attempting to use an anti-shoplifting device is guilty of a felony of the third degree.

Anyone caught shoplifting may be held liable to theft by the retailer for:

The victim of the theft needs to serve the offender with a written demand for payment 30 days before filing any action for a civil lawsuit. If the offender agrees to the written request, the victim must issue a written release from further civil liability.

Should You Pay For The Civil Demand Fine?

After you’re detained for shoplifting by the police officers or the store, you’ll be issued with a Civil Demand Letter asking you to pay for the item and reimburse the retailer for their expense. An experienced shoplifting lawyer will advise you not to pay the fine.

Although the store might word the letter in a way to make you think you’re obligated to pay them, the truth is you don’t owe the store anything unless they sue you. Stores hardly ever sue shoplifters for misdemeanor theft because filing a lawsuit for $250 might end up becoming a costly endeavor.

What Happens When You Pay The Fine? 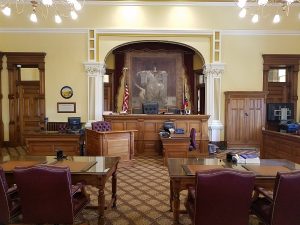 An officer might tell you that getting a shoplifting ticket isn’t a big deal. They may further advise you to pay the fine to avoid any civil liability. However, by doing so, you are essentially pleading guilty, and the conviction will appear on your criminal record. A sentence might pose some problems for you when:

The attorney will then negotiate with the prosecution to drop the charges or reduce them to a less severe offense. If you had a shoplifting lawyer present when you pleaded guilty the first time, a judge would refuse your plea to withdraw. They will also dismiss it if a lot of time has passed since you pleaded guilty.

Is It Possible To Expunge A Shoplifting Conviction?

If the judge denies your request to withdraw your plea or you’re unable to get the charges dismissed or reduced, you might get the conviction expunged. For this to happen, you should have a clean criminal record for three years after your last guilty plea. Your attorney can then file a petition after notifying all the parties involved.

If the retailer objects to the expungement of the conviction, they must appear in court to testify against you. While you can file the petition yourself without an attorney, it’s a complicated process, and you stand a better chance of having a successful expungement if you involve a skilled attorney.

Let Us Help You

If you are charged with shoplifting, you should hire a local criminal defense lawyer immediately.  Meltzer & Bell is a team of aggressive criminal trial lawyers who will find the best option for your defense. We are experienced in navigating the criminal justice system and are knowledgeable of the charges against you. Reach out to us today and let us help you with your case.