Reasons Why Someone Might Need A Prescription Drug Fraud Lawyer

The United States undoubtedly has a prescription drug abuse problem raging throughout the entire country. It is a tragedy of epic proportions that has dragged the entire nation into a spiral that is overwhelming many communities and shattering lives. The fraud and abuse that serve to fuel this problem continue to grow in frequency, and it seems likely that we will be on this path for quite some time to come. Given this gloomy outlook, all people should review the role and purpose of a prescription drug fraud lawyer and how that individual may be able to assist them should they run into legal trouble. They should also know about some of the ways that one may be hit with prescription drugs charges. We want to dive into that element in particular at this time.

Prescription drugs are both highly controlled and regulated by the federal government as well as by state and local governments. Public policymakers are well aware of the additive nature of some prescription drugs, and they strive to make policies that will keep those drugs from falling into the wrong hands. Still, some people find ways to try to evade the laws and get prescription drugs either into their own hands for use or out to sell on the black market. One of the ways that this happens is when an individual forges a prescription in order to obtain the drugs. Sadly, this is happening throughout communities in the United States, and it makes for a lot of trouble in those communities and many others that suffer from the knock-on effects.

Impersonation Of A Doctor Or Pharmacist

It might be fun to dress up as a doctor or some other professional individual to attend a Halloween party, but real-life impersonation of a doctor or pharmacist is actually a crime. Simply dressing up as someone in that profession is not necessarily enough to be guilty of anything, but actively attempting to deceive other people into believing that you are a doctor when you are not is a crime.

People have been known to list their own phone number as the callback number on a fake prescription to get the drugs that they desire. This tactic can easily land a person in jail and facing serious criminal charges. It is absolutely worthwhile to hire a prescription drug fraud attorney should you find yourself in this position.

Faking Symptoms To Get Multiple Prescriptions

A practice known as “doctor shopping” has also taken root with many people battling various addictive tendencies. This is when a person goes to multiple doctors, emergency rooms, or pharmacists complaining of the same symptoms in order to receive multiple prescriptions of the same pain killing drugs that they have become addicted to. They do this as a way of stocking up on the drugs that they rely on. It is illegal to do this as individuals are only supposed to be prescribed the amount of drugs that they legitimately need to manage real symptoms.

This might be the most shocking headline of this whole piece, but online pharmacies are illegal in the United States at the present time. Anyone who seeks to purchase prescription drugs via an online vendor is technically committing a crime. There are stiff penalties for those who are caught trying to purchase drugs from an online vendor, but it is also something that is not widely discussed. It is easy to see how some people could not understand the illegality of what they have attempted to do here. Those individuals would clearly need a prescription drug fraud lawyer to help clear things up.

The U.S Food And Drug Administration has issued the following information regarding the illegality of online pharmacies with the following quote:

Rogue online pharmacies offer potentially dangerous prescription drugs to U.S. consumers. FDA has issued warning letters informing the website operators that they are engaged in illegal activity in violation of the U.S. Federal Food, Drug, and Cosmetic Act, including: 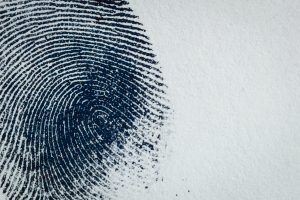 One of the most prevalent and awful prescription drug fraud crimes in existence is Medicare fraud. On the surface, it sounds bureaucratic and relatively harmless, but that is not the case. Those who seek to defraud the Medicare system tend to do so at the expense of the elderly who rely on this government program for their prescription drugs. They may do so in a number of ways that include:

Obtaining A Lawyer Is Always The Best Option

There are many ways that one can be charged with prescription drug fraud. In some cases, the charges may be erroneous or have been brought on only by inadvertent actions that the defendant took. It is essential to protect the rights of all people who are charged with any crime. Should you ever find yourself in a position where you are charged with a crime of this nature, you should focus on obtaining a lawyer that can assist with this process. Please reach out and contact us for additional information on how to get started.